It has finally happened: I’ve made it to a tennis tournament.  We’re sitting in the 3rd to last row and I need glasses desperately, but we’re here all the same!

Attending a tennis tournament at the o2 centre is like going to an NBA game: there are fancy lights, popcorn for sale in the stands, deep-voiced and dramatic announcers, and cheesy sound effects.  The only difference?  The crowd.  Tennis crowds appear civilized on the surface, but when the time comes, they’re out for blood.

If a spectator produces even one decibel of sound or a small amount of illumination many players will refuse to serve, looking to Chair Umpire for support while the camera man hones in on the perpetrator, projecting the image on the big screen and thereby subjecting the poor fellow to public humiliation.  I mean, this crowd will hold back when it’s time to cheer for 40-Love, but when there’s an opportunity to publicly shame someone, they will let loose!

I used to think that the perpetrator (who shall hereby be referred to as “camera guy”) should know better.  I would assume the worst and conclude that camera guy deserves it.  But I realized at the last match a whole range of circumstances that could explain the “rude” behavior of camera guy.

This culture of public shaming is out of control, the most famous case being Justine Sacco.  Do you really think that “camera guy” is going to leave the match thinking, “I’ll never do that again.  Gee, I’m sure glad I see the error of my ways?”  Just like a child put in time out in the corner is not thinking about how to do better time, but instead bubbling up with anger and shame, so is camera guy.  Who knows what he’ll do next?  Lash out and someone who cuts him off?  Yell at an unsuspecting waiter?  Hate breeds hate, and booing at someone who just came to watch a tennis match is hateful.

It’s no better than a bunch of kids clapping loudly at a classmate who dropped his lunch tray in the middle of the cafeteria instead of offering to help him pick it up.  Grow up tennis fans.  I’m going to try and do the same.  The last thing we need are more bullies in this world right now.  Take it from Roger, 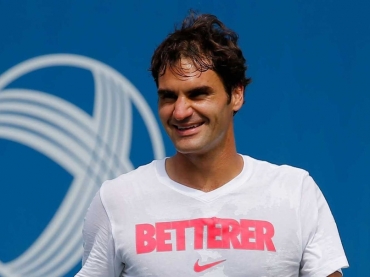 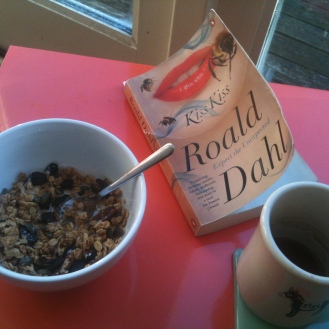 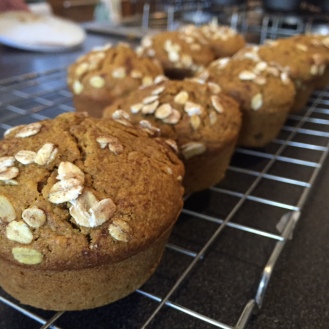 Kale salad with fennel and apple

another bowl of granola with almond milk because I loved it so much.

My friend Robyn asked to join for my Sunday cookfest where I cook some meals that can be refrigerated and prep some of the veggies for meals later in the week.  Here’s what happened this weekend when I was trapped in Muswell Hill because of bonfire night with lots of spare time on my hands.

In the last year I have decided that I don’t care about any of this.  All of this advice is disguised as being about health, when actually the root of it is about being skinny.  As someone who is involved in forwarding the Health At Every Size movement, I see how lots of things in our society are designed to make us feel bad about the way we look and encourage us to “take control” over what we eat through a series of books, pills, potions, and regimens.  This is not sustainable over time, as people who set unrealistic goals for themselves will fail and then hate themselves even more.

Now that I’m done with that tangent, I will say that what I’ve decided to do is become more intuitive with what I eat, savouring flavors, colors and textures, and actively ignoring any advice I hear about food.  I, like many, was relying too much on the advice of others and not enough on my own intuition.  The result is that I have thoroughly enjoyed discovering the world of vegan and sugar free cooking. 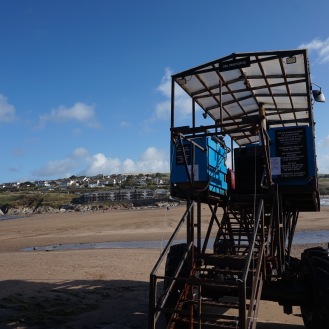 the sandbar leading to the hotel

a view from one of the cliffs on the island 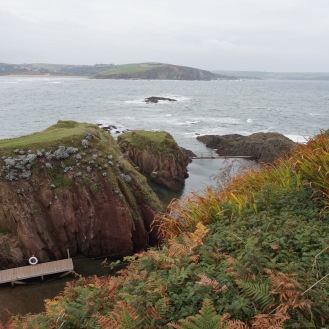 looking down into the Mermaid Pool

The naturally enclosed harbor of the island, for guests only

a view of the backside of the hotel 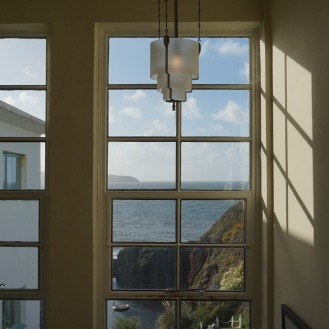 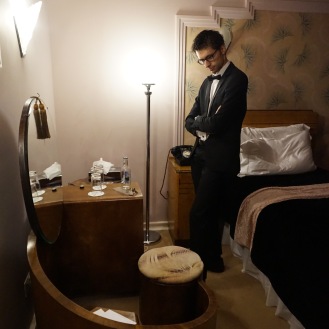 A unique vanity in our hotel room

getting ready for the ball

Glass ceiling of the bar 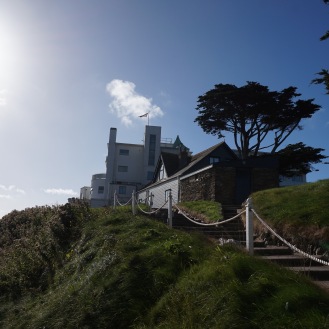 leaving the next morning

If you’ve never seen Agatha Christie’s Poirot episode of Evil Under the Sun, quick!  Go watch it and then come back.

Ok, recognize it?  It was Friday night and Andrew called me up and asked if I wanted to come with him to his gig on Burgh Island.  Apparently, one couple had cancelled and we would be able to stay in the Hotel for free.  Since I know what Burgh Island is, I freaked out and immediately packed my bags.

We were there less than 24 hours and it was fun to be behind the scenes, posing as a tech specialist, taking a bath in the enormous clawfoot tub, having a cocktail in the gorgeous bar, and walking around the craggly island.

In the last two weeks I have decided not to ride my bike to work as often because of the cold, the dark, and the effort.  This means I’ve had more time to read.  I have read more in the last few weeks than I have in all of 2016.  I have read 5/6 of the Man Booker Prize Shortlist.  I read two books that people gave me to borrow instead of leaving them on a shelf to gather dust for a year until I sheepishly return it and admit that I’m giving it back because I don’t think I’ll ever read it.  I have read magazine articles, newspaper clippings, academic journals, poetry, short stories, essays, and even the informational placards at museums and on the sides of noteworthy buildings.  I’ve been reading articles people send me at work.  I’ve been a reading maniac.  And while the destructive and violent noises of the explosions from the fireworks blast outside non-stop for two weeks straight, I am safe inside reading like I did when I was a kid: voraciously, engrossed, under a blanket, as I nod off to sleep.