Realizing that I know nothing about birding anymore (it’s like not practicing French for three years and then just expecting to pick it up immediately, it doesn’t happen like that!) I have to go back to beginner status.  This is actually the most amazing thing because I am learning a new continent, new nomenclature, and a therefore renewed interest in my feathered friends.

The one thing I have noticed this Spring is how all of the birds are appearing in pairs.  No surprise, it’s Spring after all.  It all started on a misty morning in Aviemore, Cairngorms national park.  I woke up at 6:00am because I was awoken by a blackbird on the roof outside of the room in our B&B.  I snuck out of the room, leaving Andrew to sleep and hiked down to the River Spey.  I found a nice spot on a rocky outcropping and just waited.  The first thing that happened was a pair of oystercatchers landed on the sandbar across the river from me and started mating!  Woo-hoo.  I didn’t take a picture, but here is Richard Bartz’s photo of an oystercatcher:

The next thing that happened was two plovers landed!  They weren’t mating, but they were just hanging out together.  Here’s Charles J Sharp’s picture of a plover: 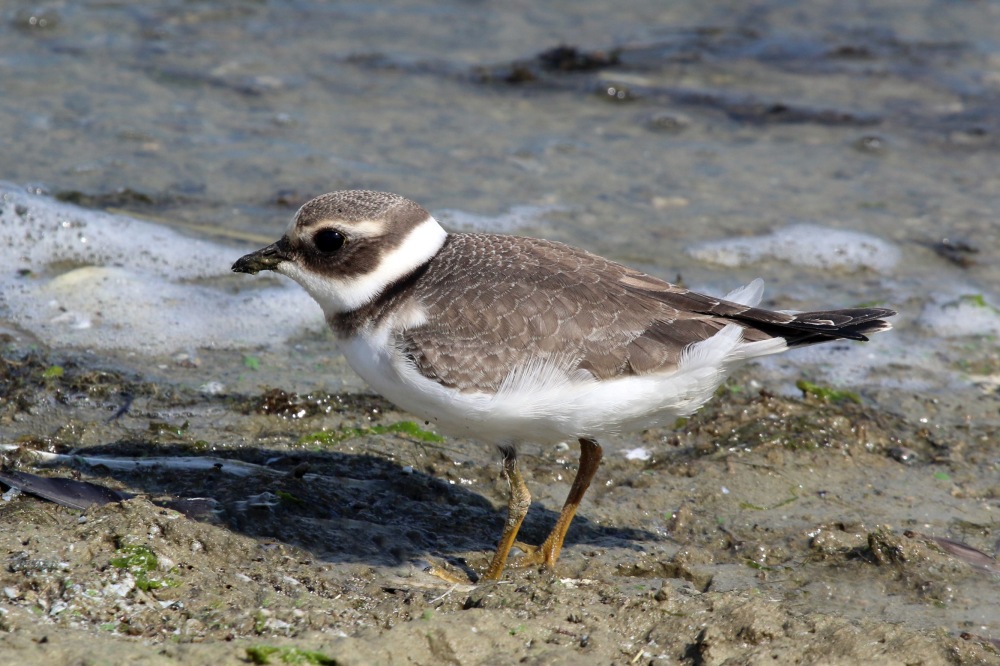 Then, later in the day, we hiked to Loch an Eilein, and then to a smaller Lochan (Loch Gamhna) off the trail and saw a pair of Greylag Geese!  I know it might not sound that great, but they just seemed so majestic.  This reminds me of how birds that we see in the city often, take on a new luster and freshness out in the wild.  Here’s Donald Hobern’s photo:

The highlight pair of the trip were two Little Gulls we spotted with their full summer plumage on Loch Morlich.  They were so light and airy, not at all like their relative that can be aggressive and clunky.  I don’t know if it’s too early for them to have their summer feathers, but they did.  We got a really good look for about twenty minutes and identified them on the spot and got really close.  They weren’t shy Little Gulls:

Finally, almost as if to say goodbye to us, a pair of buzzards landed on a tree outside of our B & B in the field.  I always thought that Buzzard was another name for a scavenger bird, but it’s a bird of prey!  I don’t think we have them in the US.  Or, maybe it’s just another name for Hawk, because this looks like a Buteo to me!

There you have it.  Four really common birds, two by two, in all of their glory!  One of the reasons I like going birding is because most people are excited to see any bird out in nature.  I remember teaching the birdwatching class at my old job and the kids would crawl on the ground and camouflage themselves and go to great lengths to see a crow!  Spying on an animal and being able to see it’s beauty up close if the most important part of the game.  It’s always great to see a new species, but sometimes just seeing what’s going on out there is good enough.  Happy birding.

What birds have you seen in a pair this spring?