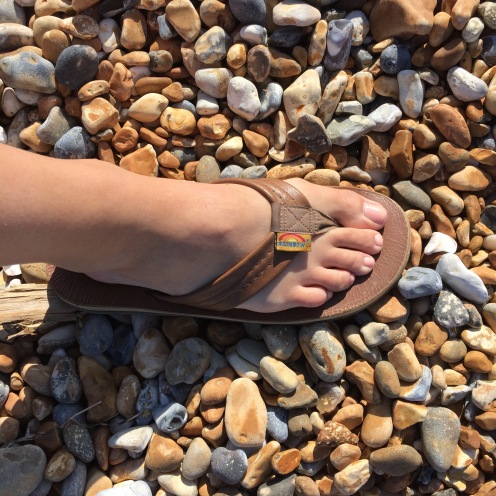 Rainbow sighting on the beach! 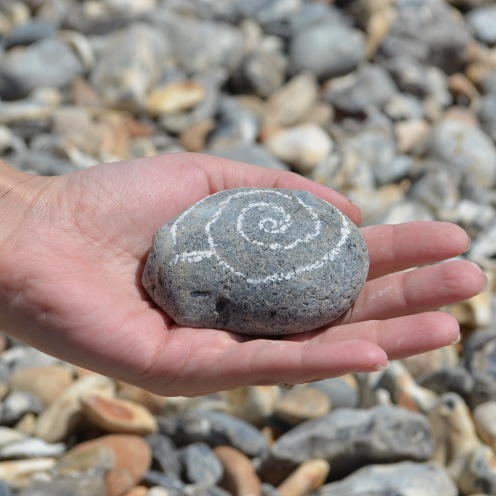 Playing with chalk on the beach 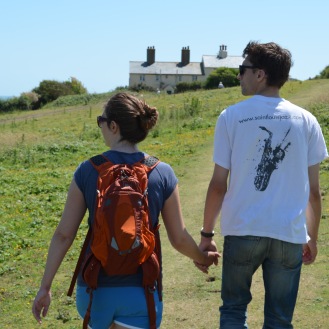 HIking to the Seven Sisters 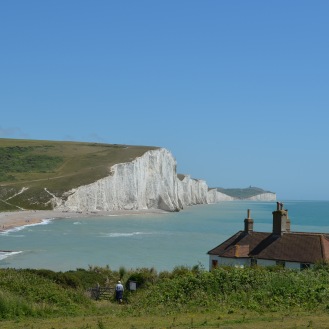 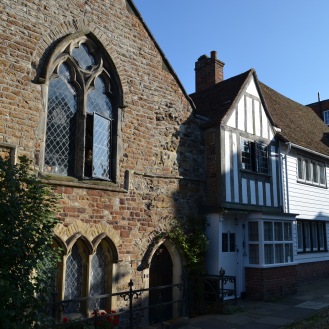 A crooked street in Rye 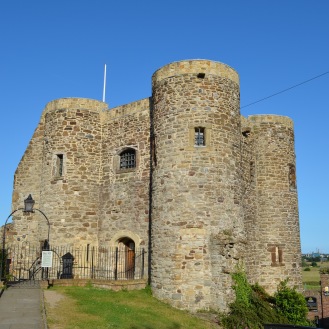 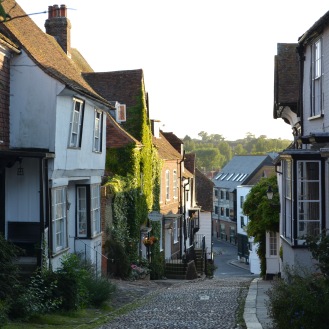 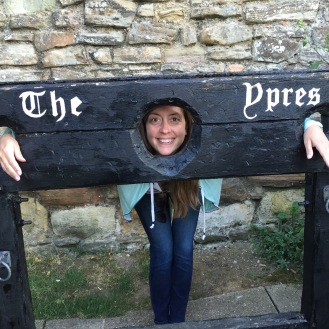 The Ypres Inn Pub in Rye

(all photos by Mike LeChevallier)

We had planned to go to Seven Sisters after planning this trip about 11 times with other people.  It was complicated.  No one had a car so we would have to rent one.  Or when there was finally a sunny day, we decided spur of the moment to go and the train tickets were too much.  Or it rained.  Or it was windy.  But finally, after long last, when Mike said he had a vision of himself standing at the White Cliffs of Dover, I knew we would finally go.  With our car loaded up and an old fashion road atlas, we started our adventure to Seven Sisters.

This is more of a walk, less of a hike, to see outstanding views of these cliffs.  I remember being in Normandy in 2002 and seeing almost the exact same thing from the other side.  So coming here was like finding a lost puzzle piece.  We were able to walk down to the beach, even though it was high tide and there were saw some awesome things.  First, there were two men fishing and they caught one!  The guy smashed the fish with a rock and put it in what looked like a backpack.  Then I had an opportunity to make friend with a woman who asked me if I’d enjoy a paddle.  I thought that meant swimming so I said no, but it turns out in British speak it means wading in the water.  Another lost opportunity because of words.

As we looked over to the seven sisters, Andrew suggested we summit them.  The beach was fun because there’s chalk everywhere and you can draw designs on the rocks so I didn’t really want to climb anywhere, but I agreed to.  Unfortunately we had to walk all of the way back to the car in order to access the cliffs first, so I knew in teh back of my mind we would bag the climbing idea.

Sure enough, we picked our next adventure while back at the car and never made it up those Seven Sisters.  Brighton was going to be our next stop, but the description in the guidebook made it sound absolutely horrible, so we turned to the road atlas and began searching.  We found a place called Rye, about one hour up the road, a medieval village with tons of character and wonderful food.  We ate at the Ypres Inn on the lawn overlooking the dry harbour and the sea and wandered a bit after dinner.  Mike ordered a trifle for dessert, but that turned out to just be whipped cream in a fancy cup.

I would go back to Rye in an instant to experience relaxation, good food, and really friendly people.  I would take the high speed train and switch to a smaller train and be there in under two hours.  Driving was an adventure, but the train still prevails.